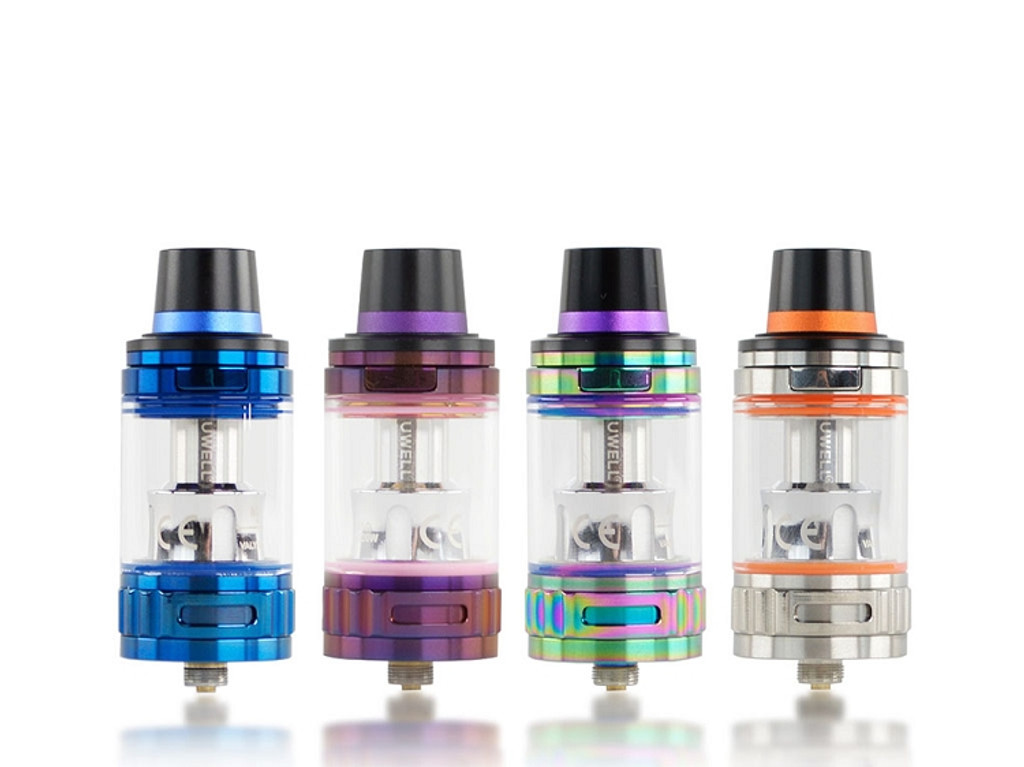 Aside from its oddly spelled name, the Uwell Valyrian has some interesting aspects, and frankly, produces decent flavor as well as clouds.  The namesake may ring familiar with some television fans, but even those who aren't aware of the reference should find the features pleasing.  Perhaps the most unique feature of the Uwell Valyrian is the interchangeable pins.  This tank includes three different styles of pins to further customize airflow for adaptation to a wide variety of preferences in cloud/flavor variation.  The pins are designed in three styles, a wave, a spiral, and an unrestricted.  These pins are designed for operation at a wide variety of output, from 95 watts to 200 watts.  Unlike its namesake, the Uwell Valyrian is actually crafted from stainless steel, copper, and Pyrex glass.  The standard features that we've all come to expect are also included, like top-fill design, 510 threading, and ample adjustable airflow.  The Valyrian tank has a standard 5mL capacity that can be swapped out for an 8mL capacity reservoir (not included).   Last, but not least, Uwell's Valyrian is available in five different colors: Iridescent, Violet, Black, Stainless Steel, and Sapphire Blue.

What comes with the Uwell Valyrian:

Features of the Uwell Valyrian: